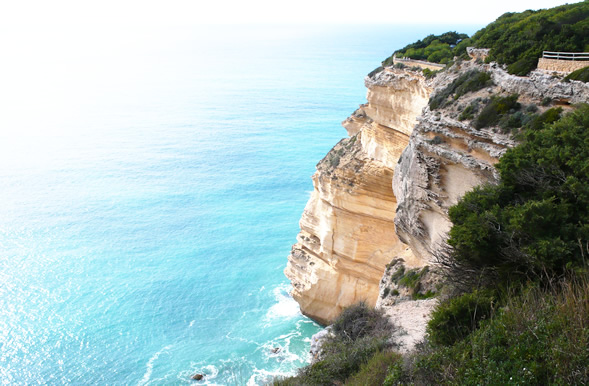 
ROUTES AND TRACKS OF NATURAL PARK

From the environment to Barbate Canos de Meca and inland to Vejer de la Frontera lies one of the least extensive natural parks in Andalusia with 5,000 hectares, the Natural Park of La Brena and marshes of Barbate. Ocean, cliffs, pine forests, marshes and dunes: it until five different ecosystems are distinguished. Highlights the impressive Tajo de Barbate, with over 100 meters high, is the most notorious of the Andalusian Atlantic cliff.

You can enjoy this environment, practicing some routes as proposals:

The high and low water shapes the wildlife, especially birds, and the characteristics of this special as a wetland flora is the marshes of Barbate River. Herons, flamingos and other species live in landscapes that have life and is different depending on time of year you visit. From La Barca de Vejer, towards Barbate, trails open routes through La Oliva and can be navigated in canoes, one voyage to none.

The Natural Park of La Brena and marshes of Barbate invites anchor in the recreational area of El Jarillo, near the house of the forest. Through a nature trail runs its course among pines, eucalyptus and unique plant species that inhabit large variety of birds, reptiles and small mammals. Impressive arribadas to Beacon Tower Makkah from around, scanning the sea takes the land, clothing natural monument in Trafalgar Tómbolo.

Lookouts and scouts, watchful eyes, tear his expedition on the beaches of Canos de Meca, contemplate surprised farmland, creeks, forest, sea and, with boom times, the coast of Africa to dock at the Beacon Tower Makkah, immersed in the fullness of the Natural Park of la Brena and marshes of Barbate.

When addressing forest of stone pines and Aleppo offer shelter in the paths of the Natural Park of Mediterranean scrub dotted with juniper, rosemary, mastic, juniper, ... they inhabit, among others, the limited common chameleon, owls and lots of small birds and mammals. As to fruition between the seas and landed endowment this boat in Torre del Tajo Beacon. Unsheltered, exposed to the winds, guardian of cliff nesting yellow-legged gull, the heron and egret. And in the days of calm,

On calm days, the viewpoint of the Tagus, becomes caller and brother of the African coast. Avante, from Beacon Tower, follow the course of the path in which the sea breaks from their viewpoints, sighting surf and banks. Water winds, storms, have been shaping water pipes have named Peppermint Beach, also known as the "jet". From these dunes and walkways entity, disembark in Puerto de la Albufera, Barbate.